Weight-Loss Surgeries Used Least in U.S. States That Need Them Most 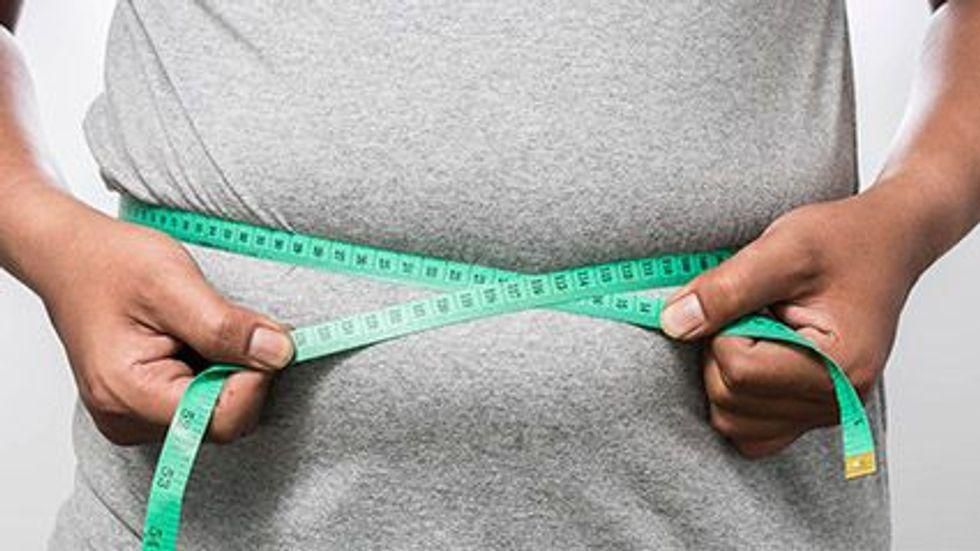 The American South and Midwest are home to the highest obesity rates in the nation, but a new study reveals that severely obese residents of those regions are the least likely to choose lifesaving weight-loss surgery.

"Bariatric surgery has been shown to provide long-term weight loss, sustained improvements in cardiovascular and metabolic health, and even prolonged longevity," noted study author Dr. Scott Schimpke, but the analysis "shows we continue to underutilize the best treatment for morbid obesity and associated metabolic syndrome."

Schimpke, an assistant professor in the Division of Minimally Invasive and Bariatric Surgery at Rush Medical College in Chicago, and his colleagues point out that obesity is linked to a considerably higher risk for developing upwards of 40 different serious illnesses, including heart disease and diabetes.

The American Heart Association explains that metabolic syndrome -- a grouping of five different conditions -- elevates the risk for such illnesses. Abdominal obesity is one such condition; the other four include high blood sugar, high triglycerides, high blood pressure and low levels of "good" HDL cholesterol.

In fact, the study team noted that bariatric surgery is the standard of care for severely obese patients. Severe obesity is defined as having a body mass index (BMI) of 40, or a BMI of 35 and up alongside obesity-related complications such as diabetes.

Using insurance claims data, Schimpke and his team focused on a pool of nearly 1.8 million patients across the United States who were severely obese -- and therefore eligible for bariatric surgery -- in the decade beginning 2010.

Of those, roughly 100,000 actually underwent bariatric surgery during that time frame. But procedure patterns varied widely by state.

For example, while between roughly 9% and 10.4% of eligible patients in New Jersey, Rhode Island and Delaware opted for surgery, less than 3% did so in West Virginia, Alabama and Arkansas.

Overall, the researchers determined that the lowest in opt-in rates by region was the Midwest, where just over 4% of eligible patients underwent surgery, despite the fact that nearly 34% of Midwesterners are obese (making the region home to the highest overall obesity rates in the country).

By contrast, the highest opt-in surgery rate (nearly 8%) was seen in the Northeast region, where the overall obesity rate is lower (29%).

The findings were presented last week at a virtual meeting of the American Society for Metabolic and Bariatric Surgery. Such research is considered preliminary until published in a peer-reviewed journal.

"There are likely several contributing factors to the wide variation in utilization," said Schimpke. He highlighted differences in: levels of access to medical care; beliefs and attitudes among patients and referring physicians; number of available hospitals and surgeons; and insurance coverage requirements.

Schimpke also pointed to the "negative psycho-social connotation associated with bariatric surgery among both physicians/practitioners and patients, which needs to be addressed with strategic campaigns detailing the safety and efficacy of bariatric surgery."

Ultimately there's likely a broad mix of social, cultural and economic drivers at play, suggested Lona Sandon, program director of the Department of Clinical Nutrition in the School of Health Professions at the UT Southwestern Medical Center in Dallas. She was not part of the research.

For one, "people who are surrounded by others of similar body size may not perceive their weight to be outside of the norm and therefore not seek out bariatric surgery," said Sandon. "[And] there are differences in ethnicities and culture between states with the highest rates of obesity compared to states with lower rates."

Also, "states with higher obesity rates also tend to have higher rates of food insecurity, which means lower incomes in general," she noted. "Bariatric surgery is an expensive proposition, especially if one does not have good insurance coverage for it."

But even though weight-loss success depends on adopting a "challenging" change in post-operation diet and lifestyle, the process can certainly "help people to lose weight and get comorbid [other negative health] conditions under better control," Sandon said.

So it's important, she said, to help eligible patients better "understand the treatment options and potential for success," by sharing surgery success stories and highlighting the benefits of reducing high-risk health issues such as blood pressure and diabetes.

There's more about weight-loss surgery at the U.S. National Institute of Diabetes and Digestive and Kidney Diseases.

Prescriptions for Fruits and Vegetables a Blossoming Program...